Studying IT in an international degree program 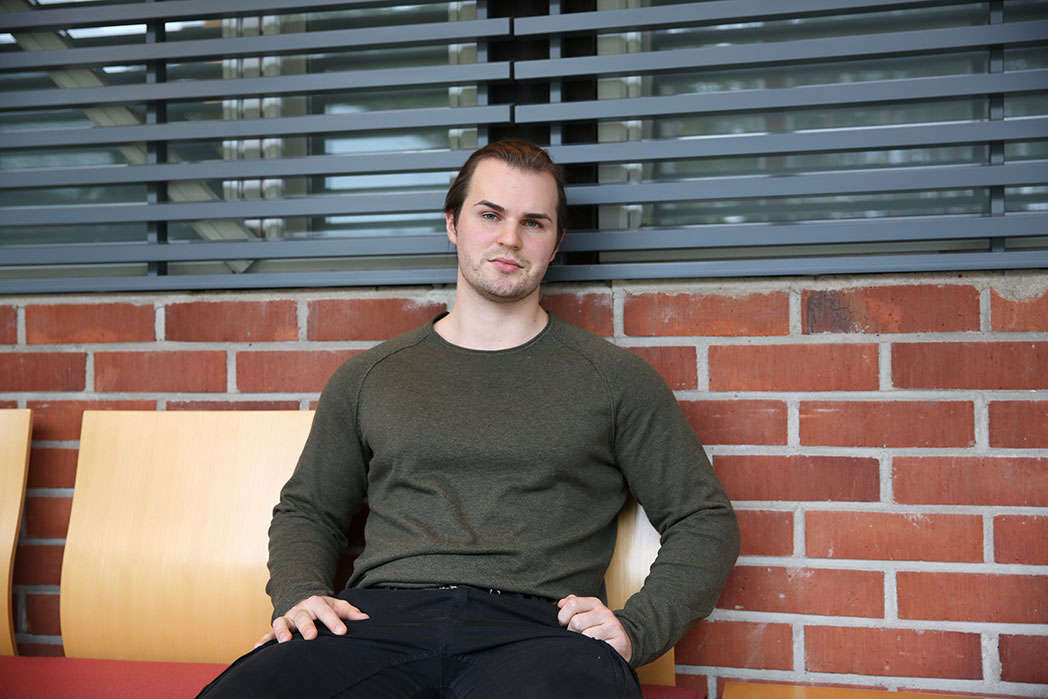 Florian Brandsma is in his third year of studying Information Technology at Oulu University of Applied Sciences. Before his studies at Oamk he has done a degree in Game design in the Netherlands. In the beginning of his studies he focused on the creative side of game design and after that he started programming.

– I expected I would mostly be drawing and designing, but then I had a programming course and I’ve been doing that since.

After finishing the game design studies Florian wanted to specialize on programming and continue learning on that. He decided to study a new degree in that field and applied to study Information Technology at Oamk.

– A big reason I came to study in Finland was because of the free education for EU citizen. The idea came from a friend in Turku, but I ended up coming to Oulu because I felt the curriculum suited my goals better.

A lot of practical learning

Information Technology studies are focused on practical learning and there is not so much theory.

– Every semester we have one period when we learn about new technology. The next period is project based, where we implement what we have learned so far.

Florian likes that even in the learning periods you are able to follow teachers example and do it on your own in practice.

First years teaching is focused on a classroom teaching and towards to the end there is also a few courses remote learning.

– There are also some company-orientated projects towards to the end of our studies, where you actually work with or for a company.

Learned skills to the working life

– I’m currently working as a software developer at PiiMega Oy in Kempele. I did an internship during the summer, then continued as a trainee until the end of the year. In January I got promoted to a regular software developer.

Florian thinks that a huge benefit from the studies is also that he is able to use the learned things on his personal projects.

– Honestly, I have to say that one of the best things in Oamk is also a super cheap and delicious lunch, Florian laughs.

He also tells that studying in an international degree program is a huge benefit because you meet people around the world and can really bond with them.

Florian’s plans for the future is to stay in Finland.

– I plan to stay here, keep working and continue learning the language. What I think is nice about Finland is that there’s so few people and you’re never far away from nature.

In addition, Florian dreams of a big house in the natural scenery of Finland.